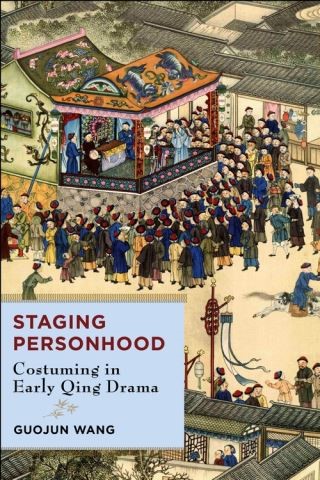 After toppling the Ming dynasty, the Qing conquerors forced Han Chinese males to adopt Manchu hairstyle and clothing. Yet China’s new rulers tolerated the use of traditional Chinese attire in performances, making theater one of the only areas of life where Han garments could still be seen and where Manchu rule could be contested.

Staging Personhood uncovers a hidden history of the Ming–Qing transition by exploring what it meant for the clothing of a deposed dynasty to survive onstage. Reading dramatic works against Qing sartorial regulations, Guojun Wang offers an interdisciplinary lens on the entanglements between Chinese drama and nascent Manchu rule in seventeenth-century China. He reveals not just how political and ethnic conflicts shaped theatrical costuming but also the ways costuming enabled different modes of identity negotiation during the dynastic transition. In case studies of theatrical texts and performances, Wang considers clothing and costumes as indices of changing ethnic and gender identities. He contends that theatrical costuming provided a productive way to reconnect bodies, clothes, and identities disrupted by political turmoil. Through careful attention to a variety of canonical and lesser-known plays, visual and performance records, and historical documents, Staging Personhood provides a pathbreaking perspective on the cultural dynamics of early Qing China.